Sara Lin is the protagonist of the Webtoon Original series “The Kiss Bet.” She is an 18-year-old high school Senior who is caught in a string of bets made with her best friend and ex-crush, Patrick Gong.

Prior to the start of the series, during their Sophomore year, Sara and Patrick became friends. Sara quickly developed a crush on Patrick and confessed her feelings to him. Patrick didn’t see Sara as anything more than a friend and rejected her. Instead of confronting the issue, the duo decided to pretend that Sara never confessed in the first place and just remain best friends.

Sara is a kind, witty, and sarcastic girl who is quick to clam up when it comes to talking to boys (besides Patrick). She’s always gearing to take on Patrick’s bets, but can hardly muster the courage to go through with them in a timely manner.

Standing at only 4’10”[1], Sara is a petite girl with a slender frame. She has bright red shoulder length hair and amber eyes. Even though Sara doesn't seem particularly athletic, it's shown that she is a fast runner.[2] 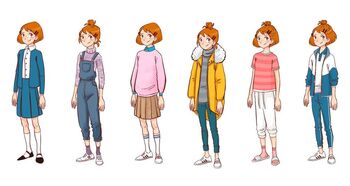 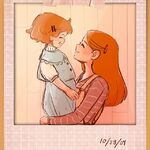 Episode 38 — "Boys and their Feelings"

Retrieved from "https://the-kiss-bet.fandom.com/wiki/Sara_Lin?oldid=632"
Community content is available under CC-BY-SA unless otherwise noted.